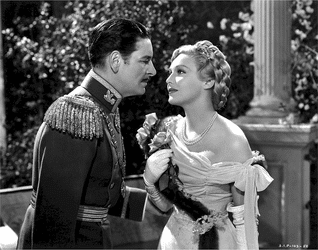 Let’s admit it: classic romantic comedies are everyone’s guilty pleasure! There’s no shame in indulging in movies that go light on plot density and generously on fun-filled entertainment.

And after years and years of resorting to these romantic comedies during times of heartbreak, we grow an unreal attachment to the on-screen faces. This is why viewers assume they have a right to release their verdict on whether an on-screen couple is working out or not. Sometimes their chemistry is just not enough to make them seem like they were meant to be!

Here are a few movie couples that sure gave us a good time watching films but could’ve done better with different partners.

This classic features a pair that meets on the very top of the Empire State Building and falls in love. The romance is orchestrated by an 8-year old minor who being the son of a widowed father, starts writing letters, on his behalf, to an engaged woman.

When the heroine’s supposed pen-pal and her meet, the viewers are simply confused what to believe. The movie brazes on an inappropriate romantic interest between an adult and a child who’s pretending to be a grownup, which leaves many viewers disturbed at the thought.

Let’s just say the chemistry portrayed in this movie blew out of proportion and could’ve done better without the suggestive complications.

While You Were Sleeping

If this movie had been pitched as a psychological thriller, it might have received more views. But it just doesn’t cut for a successful romantic comedy.

The female lead is a worker at the train station where Peter, the heroine, Lucy’s, supposed fiancé suffers an accident. Acting on a pathological impulse, Lucy lies to Peter’s family about their engagement and pretends to be engaged to the man who’s comatose.

However, fate works its wicked magic and Lucy actually falls for Peter’s brother, Jack, who also reciprocates his interest in his brother’s fiancé. But once Peter recovers, the two are set to be married. In a final showdown, Lucy confesses about her lies and professes her love for Jack on her wedding day.

But that’s not where it ends. Jack, the brother-in-law, proposes to Lucy once she stops the charade and the drama has settled. Who the heroine marries at the end is of little interest because viewers have long switched to a better romantic classic by the time that happens!

Building on the theme of sleazy romantic relationships, this movie also centers on a girl who’s to marry a boy who has been her mother’s sexual partner.

Architected by the boy’s family in the first place, the romance is built on deceit and lies from the start. Although some may find it adorable that the young couple elopes at the end, it’s hardly the idea of romance one likes to romanticize about.

The depressing prospect that Ben Braddock, the hero, has bedded women who share the same blood but different generations is disturbing. What’s worse is that this information is not privy to the trio of Ben, Elaine and her mother; it’s public news! That’s hardly the kind of drama that one wishes to grab popcorns for.

If you’re looking for rare classics that’ll actually impress, and stay with you for a very long time, visit our page.

We have an exclusive selection of the best old classic movies that are exported worldwide! Our titles won’t disappoint.